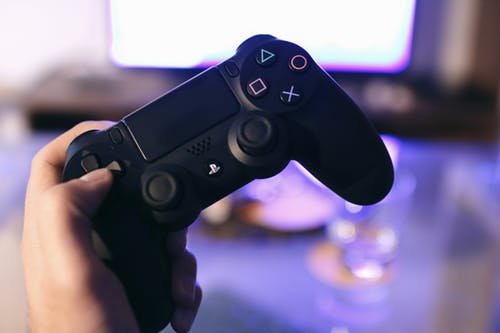 Those of us familiar with the mobile sniper game industry know that third-person shooting mode is an often sought-after feature of games. However, it’s not always the easiest to find a game with a TPS (third-person shooter) mode that works the way you want it to. At least, that’s what we thought. So we decided to do some internet sleuthing to (hopefully) make the process easier for everyone.

And we’re seriously glad we did because the results are the three epic apps we’re sharing with you below. They’re the best of the best – we made sure of that – and we’re confident you’ll be having tons of fun taking down your opponents in no time.

Pixel Gun 3D is an excellent choice because it has loads of enemies, varied weaponry and multiple battle modes for you to play with. Compete with up to 7 other players locally or worldwide – it’s totally your choice – and you can keep the battles fresh with 10 different multiplayer game modes. Plus, you also have the option to play with a campaign mode to help sharpen your shooting skills with a weapon of your choice. Then you can go up against everything from zombies and robbers to deadly nurses and cops.

In-game upgrades do cost quite a bit of in-game currency. While that kind of sucks because you hate to be spending up all your game cash just to upgrade, you’ll likely be earning those in-game dollars in no time. So, it’s really up for you to determine.

Pros: A variety of enemies to combat, multiple game modes, play against up to 10 other people
Cons: Upgrades take quite a bit of in-game currency

Overall: As long as you don’t mind earning in-game cash to pay for those upgrades, you’ll love how much in-game diversity this game provides

N.O.V.A. is an immersive shooter experience available both on and offline (which, in our opinions, is totally awesome). It’s based on a renowned Gameloft FPS series that’s similar to Modern Combat. You have the ability to test your shooting skills in a multiplayer games arena or be the last shooter standing in an online battlefield for up to 8 players. Not to mention, the 3D graphics make this feel like way more immersive than other mobile shooting games.

If you’re looking for player match-ups that are even, N.O.V.A. Legacy may not be quite it. You may find yourself up against really skilled, high-level players – even as a beginner – which can be tough if you haven’t quite built up the weapons arsenal or skill set you need to win.

Cons: You may go up against high-level players who have more in-game resources than you

Overall: As long as you don’t mind the challenge higher players might pose, you’ll really enjoy the action-packed gameplay that N.O.V.A. offers

Blitz Brigade lets you battle with up to 11 of your real-life friends in single game combat with fun and over-the-top battle system. You’re able to choose from 7 different classes of characters, each with special abilities. Then you can customize your character’s look with themed costumes and unique accessories. There are even more than 100 different types of weapons for you to choose from to complete the perfect ensemble.

In our research, we learned that Blitz Brigade took a bit of a hit recently when it became a target for hackers who were cheating the weapon system. On the upside, it appears that the developers have fixed these issues, and cheaters are no longer an issue in the game. I haven’t experienced anything odd (like people cheating with the weapons), but I thought it only fair to bring it to your attention.

Pros: 100 types of weapons, battle with up to 11 other players, customize your character’s appearance

Cons: The app had a problem with hacking in the past (though this seems to have been resolved)

Overall: While the game did have a problem with hacking in the past, this has been fixed, and now you can enjoy a bunch of awesome customization options along with your favorite third-person shooting features

So now you know our top three picks for the best third-person shooter sniping games. Of course, we don’t expect you to take our word for it. We’re more than happy to provide our own resources so you can do some additional research for yourself.

The most helpful article that we found is listed above and has a list of the ten best third-person shooter mobile games. Of course, we only tested and chose our favorite three, but maybe you’ll find some gems on that list that we missed. If you do – definitely share them with us!