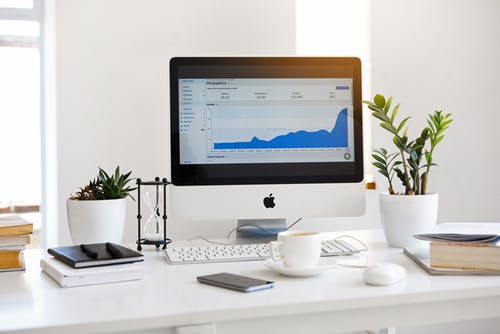 Going on what might very well be the justified belief that you can do a much better job than what’s out there, your foray into the digital marketing space as a social influencer will likely open your eyes up to just how saturated the market seems to be. You might be more talented than 95% of the YouTubers who are using a talent similar to yours to captivate audiences with some content they subsequently monetize. Or, you might even be more knowledgeable than 95% of the existing YouTubers who are discussing topics as experts which you can do a better job weighing-in on.

Being better skilled is not the issue – the issue is the sheer number of “me-too” digital marketers and social influencers who are trying their hand at the digital content monetization game, resulting in a sea of content that would instantly make for serious information overload on the part of the audiences which are being targeted. And, since the ultimate aim is to make money out of something like the ads Google (YouTube) will show in relation to your videos, it’s a serious conundrum that of the evident market saturation.

Diluting the saturation with some lateral thinking

Think about it…by the time you stumble upon some high-ranking how-to guide on content monetization, how many other people are viewing that content?  How many have already viewed and are implementing it, beating you to the earlier-adopter agents all rushing to saturate that market? Some lateral thinking needs to be applied if you’re to beat the saturation, but fortunately it’s nowhere near being rocket-science or anything like that.

How about deploying something like an app to make connections online, which just by virtue of facilitating those connections you earn money by the minute? Of course I’m talking about a specific app in this particular instance; Callmart. Its official description is “The app that enables you to make extra money by selling your free time, call by call,” and this basically demonstrates the kind of lateral thinking required to gain some market share in an increasingly saturated space.

As per the technical application of the app, all you do is download the app, create a listing, accept calls and get paid. Now it’s up to you as to exactly how you’re going to approach the practical application of this monetization channel. How are you going to get your clients, followers, audiences, etc, to call you via the app, and in so doing, earn you money?

Think along the lines of one-on-one consultations. Premium coaching, perhaps, or maybe even something like a call-in competition…

The possibilities are endless, but this just shows where you have to look if you want to set yourself apart from the crowd and quit fighting it out for what are increasingly becoming the traditional ad revenue-sharing scraps.

New post just gone live from the The Accidental Geeks! - The best online games to play at home, https://theaccidentalgeek.com/the-best-online-games-to-play-at-home/

New post just gone live from the The Accidental Geeks! - Financial Basics For All Ages, https://theaccidentalgeek.com/financial-basics-for-all-ages/