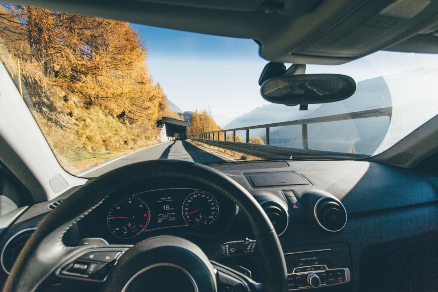 We’ll take a look at retrospective to see how far self-driving cars have come in 2020, as well as which self-driving car ambitions have come true and which flopped. Given their popularity propelled by Tesla and other manufacturers like Google’s Waymo that followed suit, it has come far and advanced exponentially within the last ten years. But first, let’s see predictions for the automated car market in the future.

How viable is used self-driving market?

Look at the example of electric cars now, where the demand was slow and only boomed recently. Just like hybrid and electric vehicles, used self-driving cars may be a popular choice in the future once it becomes more developed. They will likely be more expensive than regular cars though, so the lenders should be prepared to provide attractive finance deals. One of the companies that work with a panel of finance lenders is Stoneacre where they provide specialised used car finance, you can check it out here.

There’s been a buzz around autonomous vehicles and how they could decrease car ownership. The fact is that mainstream self-driving taxis don’t exist yet. Many experiments and tests have been made, but not one proved to be effective enough to roll out across nations in a uniform way. For example, GM Motors partnered with Lyft back in 2017 to deploy its autonomous cars. Instead, they delayed rolling out the cars because efficient safety measures weren’t in place. They’re still in the testing phase to this day. When it concerns something as serious as driverless taxis, you can’t rush this type of testing as it could have significant consequences to other road users down the line. The same is said now for cars that are operated by people, and is especially important for trucking companies (read this to improve compliance) to maintain their high-quality safety standards. These reasons alone indicate the significance when it comes to the safety of driverless taxis.

When it comes to AV’s, there are five autonomy levels that the vehicles can have:

There’s been a race going on between top manufacturers who can create the first fully autonomous car. The fact is, all cars in today’s market are level 0-4 and most require drivers to be present. Companies have finally realised that taking small, carefully planned steps is far better than quickly producing cars that take lives. Additionally, they’ve started collaborating instead of competing which should spur the AV progress in the right direction beyond 2020. To see how some companies are getting on with this, it might be worth looking for additional info on Torc Robotics’ website to learn about their automated technology.

Personal use of automated cars

This one has come true – you cannot yet purchase an autonomous vehicle, but automated cars with advanced driver safety features are up for sale. Though these can sometimes be expensive, a tool such as an invoice price calculator might help you to buy a car with these futuristic features. Most of the manufacturers have their vehicles integrated, ready to enter and grab a share of this self-driving market. Popular examples include Tesla Model X, Nissan Leaf, Mercedes-Benz S-class, Audi A8, and others.

Now it seems that it is a waiting game to see when the full automated car will become the new normal for the vehicles we use on an often daily basis. This might take a while, as already just having a car with driver-assist features can be more expensive than the average price of a car. However, as more and more companies invest and make this technology more widespread, it seems possible that fully automated cars might be here sooner than we think!